Just imagine that your wandering on your favorite swap-meet and see the engine case you’ve been looking for. At least, that’s what you think. Wouldn’t it be helpful if there was a simple guide to check the engine/frame number to find out if it’s truly the part you’re looking for?

In this article we’ll explain the progression of VIN numbers used by Harley-Davidson and explain what they all mean. That being said this article is only being written to be a helpful guide, and hopefully you find it as such.

Prior to 1930 H-D VIN numbers were a bit erratic and model number designations changed frequently. Unfortunately there is very little information out there for these numbers and what information is available is not always very accurate. So therefore it’s best to ask an expert what might be the corresponding year/model of the numbers stamped in the engine case.

From 1970 to 1980 the VIN number could be found on both the frame and the engine and would match exactly with the exception of a few months in 1979 which was due to an idea by the factory to make them different. The idea was quickly killed after law enforcement notified Harley-Davidson that it made the bikes look stolen. The production date range was from 1/9/1979 to 2/7/1979. The VIN numbers affected are 43000H9 through 48199H9. The engine numbers where 10 digit numerical IDs.

1HD = Manufactured for sale within the United States

5HD = Manufactured for sale outside of the United States

932 = Manufactured in and for sale only in Brazil

MEG = Manufactured in and for sale only in India

Check Number:The check number is used to detect invalid VINs. The number that appears varies and is based on a mathematical formula that the U.S. Department of Transportation developed.

This article is written to be a helpful guide, and hopefully you found it to be so. However, we DO NOT provide support related to VIN numbers. So, if you are unable to find an answer to your question in this article than please DO NOT contact us. If it is not in this article, we can not help you. 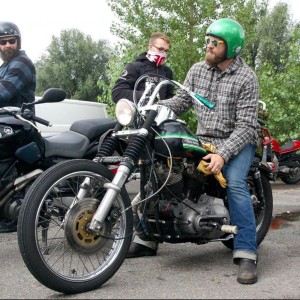